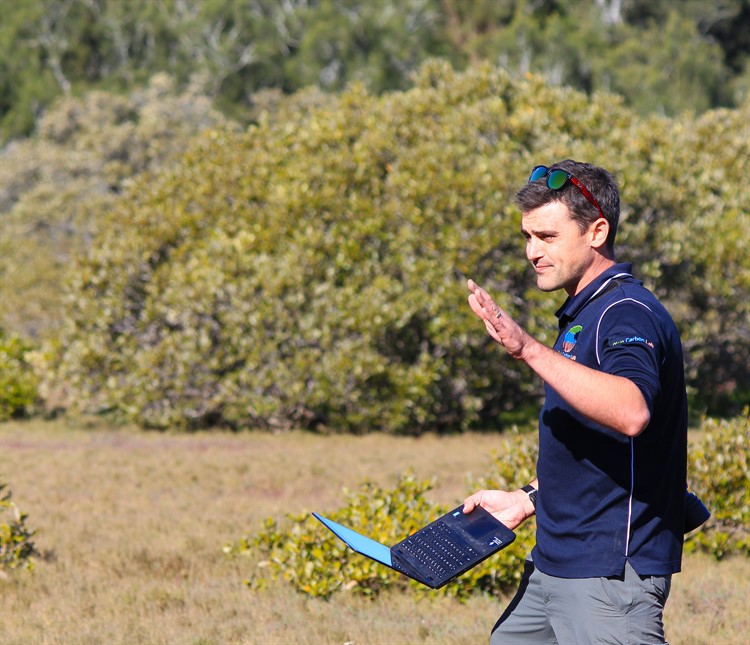 THE ocean covers more than 70 per cent of our planet, playing a vital role in the health of humans and the environment.

In recognition, in 2008, the United Nations declared June 8 each year as World Oceans Day.

“On this day, we have an opportunity to raise global awareness of the benefits humankind derives from the ocean and our individual and collective duty to use its resources sustainably,” it said.

One of those benefits is “blue carbon,” or carbon that is captured by marine and coastal ecosystems instead of being released into the atmosphere.

“Increased carbon dioxide and greenhouse gases in the atmosphere have negative impacts on the planet, but blue carbon provides a natural way of capturing and locking carbon back into marine plants and sediments,” said Deakin University’s Blue Carbon Lab director and environmental scientist Professor Peter Macreadie.

Mangroves, tidal marshes and seagrasses capture and hold on to carbon, serving as natural “carbon sinks”.

Most of the carbon stored in these ecosystems is kept underground and may be thousands of years old.

“These ecosystems do so much for human prosperity, but this isn’t wellrecognised within governments and societies, which is a reason why they have faced global decline largely due to unsustainable coastal development,” Prof Macreadie said.

However, due to their high carbon sequestration rates and other valuable services to people and nature, such as coastal protection, fish production and biodiversity enhancement, blue carbon ecosystems are increasingly being appreciated, but not always well understood.

“Despite science clearly showing the high potential of blue carbon to mitigate climate change and the enthusiasm of government and industry alike, few blue carbon projects are being implemented,” he said.

“The barriers lie in misunderstanding and confusion across all sectors.

“A strategic road map is needed to design blue carbon projects that are beneficial to both the natural environment and society, in a way that is scalable, replicable and cost-effective.”

“We don’t want to forgo the benefits or miss opportunities to capture this natural resource simply because of a lack of understanding as to what blue carbon is and how it works.”

To overcome the uncertainty of how to put blue carbon projects into operation, Prof Macreadie and a team of experts, including world-leading economists, policy specialists, engineers, social scientists, ecologists, mathematicians, biogeochemists and carbon market specialists, have prepared a road map with the key social, governance, technical and finance actions required to effectively begin implementing climate solutions.

“Now that we have identified the barriers, and designed a research road map to overcome them, we can address these actions and move to operationalise blue carbon,” Prof Macreadie said.

“This will not only achieve measurable changes to greenhouse gas concentrations, but will provide multiple co-benefits, deliver on several UN sustainable development goals, and address national obligations associated with international agreements.”

THE ocean covers more than 70 per cent of our planet, playing a vital role in the health of humans…