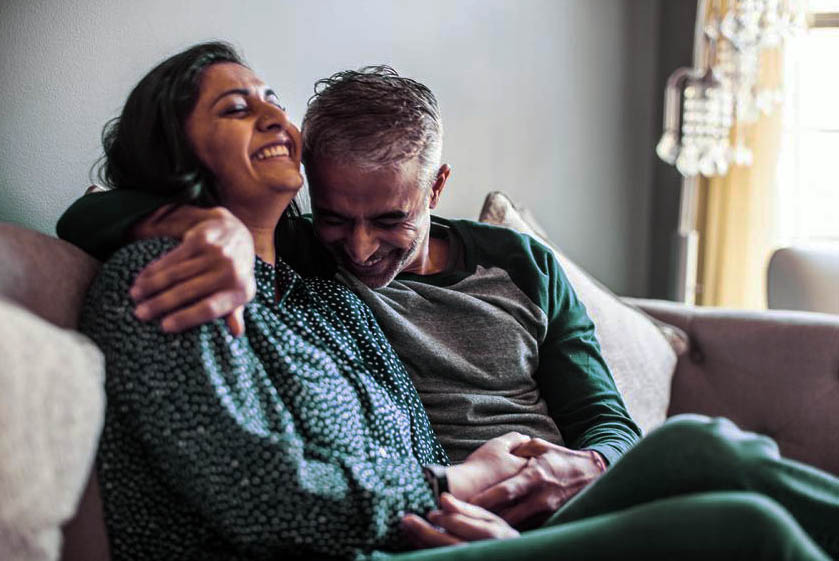 ERECTILE dysfunction is the inability of a man to develop and/or maintain an erection for satisfactory sexual performance or intercourse.

International research estimates that at least 52 percent of men between the ages of 40 and 70 are affected by erectile dysfunction or impotence.

A study carried out in the Western Cape has strongly suggested that the incidence of the condition in South Africa may be higher than the international studies indicate.

With men being men, they do not often talk about this sensitive topic, sometimes not even with their doctor.

We need men to know that often erectile dysfunction is a precursor to a more serious illness, such as cardiovascular disease.

It is estimated that 80 percent of erectile dysfunction cases are cardiovascular disease-related.

“Physicians are often reluctant to bring up a topic that may cause offence, even when there are pressing medical reasons to discuss it – especially when it is of a sexual nature, which can compromise the care patients receive,” says Fouché.

“A man in his 80s could have a fulfilling sex life with regular erections.

“There are numerous famous men who became fathers when they were relatively old, like rock star Mick Jagger at 57, artist Picasso at 68 and actor Charlie Chaplin at 73.

“In the majority of cases of chronic impotence or inability to get and maintain an erection, the reason is an underlying health problem, such as cardiovascular disease, diabetes or hypertension.”

All of these are closely linked to numerous lifestyle choices, such as lack of exercise, smoking, eating food that is high in fat, sugar and salt, and drinking too much alcohol.

“For an erection to occur, the penis must be supplied with sufficient blood. When patients cannot achieve erections regularly, it is often a sign that they have hardened arteries or atherosclerosis.

“In turn, this could be a symptom of cardiovascular disease, which is caused by poor diet, lack of exercise, smoking and drinking excessively.

“The smaller penile arteries will clog up faster than the larger cardiac ones. Studies show that men with erectile dysfunction are more likely to experience a heart attack within the following two to five years.

TOUCHY SUBJECT: Many men are unaware that they are sufferers or even that their performance in the bedroom is an early indicator of cardio

“Diabetic men can expect to experience erectile dysfunction between 10 and 15 years earlier than other men their age who don’t have diabetes.

“Diabetes can damage the blood vessels and nerves necessary for erections to occur, and is a chronic illness that has its origins in a sedentary lifestyle and a diet rich in processed foods with low nutritional value.”

Cardiovascular disease, diabetes and hypertension are all on the increase as more and more South African men become obese. But many men are unaware they are sufferers or that their performance in the bedroom is an early indicator.

International research shows that for every 9kg a man is overweight, he experiences a 3 percent decline in erectile function.

“A man who smokes, drinks alcohol in excess, doesn’t exercise regularly, is overweight and eats an unhealthy diet has a heightened risk of developing diabetes, cardiovascular disease and other chronic ailments that will often go undetected until he seeks medical advice because his erections have been affected.

“Erectile dysfunction is often a symptom of a larger health issue.”

The good news, says Fouché, is that lifestyle diseases and erectile dysfunction can be successfully managed.

“The key is to be more active, stop smoking, drink moderately, eat lean meat, limit fat, salt and sugar, and seek medical help for chronic diseases. Your erectile dysfunction is nature’s way of telling you to look out for your overall health,” says Fouché.

“We have cha out the country a how-to guide with all their m Week.”

According to of men with er treatment. Even selves to hand a pharmacist.

“Mojo Week namics has labelled this eek”, during which thoucare practitioners will be patients about their sex- allenged doctors throughy and equipped them with

on broaching the topic male patients during Mojo o Fouché, only 15 percent rectile dysfunction seek n fewer can bring thema prescription over to the

is aimed at destigmatis- ing the condition, while encouraging discussion and teaching the public and health care practitioners to see it as part of an overall health problem,” says Fouché.

“It is estimated that at least 77 percent – or three out of four – South African men between the ages of 35 and 70 are affected by erectile dysfunction, mostly due to heart problems that are strongly linked to their diet, lack of exercise and other bad habits.”

The campaign will also be driven on line through an interactive website, www.edtreatmentindia.com, where men and women can find out, without giving their names, more about erectile dysfunction.

Users will be able to assess their risk of suffering from erectile dysfunction with a survey screening tool. A urologist and a psychologist will be on hand to answer questions.

Partners of men with erectile dysfunction may also ask questions through the site during Mojo Week, should they need any help or advice on how best to approach this issue.

ERECTILE dysfunction is the inability of a man to develop and/or maintain an erection for satisfactory sexual performance or intercourse.…