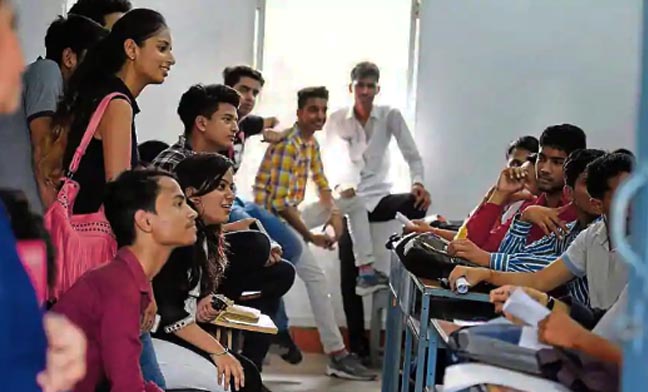 There is rampant ragging in colleges despite Supreme Court deeming it a criminal offence. The chilling Aman Kachroo case has brought it to the fore yet again. And here’s what students, parents and the authorities have to say

Yes, we are ragged!

Though at Hindu College, wooden panels announce ‘This is Hindu, we do not rag,’ a third-year student on condition of anonymity says, “Ragging in our hostel is becoming decent but while I was in first year one of our batchmates was made to run on the main road in his briefs.” Recalling his own experience, he lets in, “On the first day everyone was really nice to us. But on the second day I realised how scary things were. Our seniors went to the extent of asking us how we masturbated and how many times did we do it!”

Does it still happen? “Earlier this kind of ragging was pretty rampant, but now college authorities have become strict, so it is limited to things like fetching water for seniors or dancing, etc. But if someone refuses to submit to ragging, seniors ostracise that person.” Did he tell his parents about getting ragged? “No yaar. I thought they would get worried unnecessarily, so why bother them?”

Adds a second year student of St Stephen’s College, “No major ragging took place on the campus this time because of the awful incident that happened last year when seniors sprayed deodorant on a first year student’s hand and then struck a match, leaving him with burn injuries.” But last year, he himself was subjected to a humiliating experience. He reveals, “Seniors called some three-four of us freshers to their room and made us become murgas. They also made us do front-rolls but what was really insulting was when they asked us what do you prefer – ‘s**g or fag?’ And it didn’t stop there, they wanted to know how many times did we make out with our girlfriends, and other intimate details about them. And if anyone said something like, ‘we don’t know’, they’d laugh at us saying, ‘Are you impotent?’ Also, they’d ask us to buy booze for them but not pay for it.”

“In some colleges, there is a major ‘Jat vs Bihari’ rivalry, so if a senior gets to know that a fresher is not from their region, then they rag him even more,” reveals yet another DU student.

And if you thought that girls’ colleges and hostels were spared from this menace, then that’s not so. Sania Ahmed, a third year student of Hindu College says, “I stayed in a private girls’ hostel during my first year. And our seniors used to ask us to dance, sing, give our intros in Hindi and do funny skits. This lasted for about two months.” Did she too keep it to herself? “I never complained about it to my parents. But yes, I joked about it with them.”

However, Neelratan Karmakar, a young college-goer says that when he informed his parents about how his seniors in hostel were making him do small chores for them, they told him, ‘Ragging is a way in which seniors get to know their juniors better, so in order to have a good relationship, it’s okay to comply with their demands for a while. My father even cited examples of medical and engineering colleges where ragging was really horrible. He told me that I was lucky to get off lightly.”

This time,the victim is a 19-year-old medical student, Aman Kachroo. His death has sent shock waves across the country and has made every one sit up and take note of the incidents happening on campuses. Every time a ragging death occurs, questions are raised and issues are discussed. Views are elicited and anti-ragging laws are proposed. But the truth is that barring a few states like Maharashtra, Tamil Nadu, Kerala and West Bengal,most other states do not have stringent anti-ragging laws.

Aman’s case has raised the big question, who is to be blamed? “Definitely, the college authorities,” says P Satish Kumar,an engineering student.“The safety of a student is entirely the responsibility of the college,” he adds.
Despite the official ban, ragging has been taking place in almost every college in the country. Students rubbish the myth that ragging ensures an easygoing rapport between the juniors and seniors. “There are so many other ways to break the ice – college culturals, sports or even a freshers’ party under the supervision of professors,to name a few,”says Satish.“Some colleges do not encourage interaction between seniors and juniors, which must be avoided. Restrictions will only increase the desire to rag,” explains Naresh Kumar, a final year MBA student. But why has ragging taken a sadistic turn today? “The basic tendency to rag comes out of frustration. If you are ragged by your seniors, you will have the tendency to vent your anger on your juniors,” explains Shalini Niyas, a psychologist. She continues, “Ragging has always been a part of college life. But the problem arises when a majority of students consider ragging a style statement. Little do they understand that lewd ragging not only affects the victim mentally but also becomes a blot on their careers.”

So, what can be done to prevent this menace? “Unless strict laws are enforced, we do not follow them. Only rules work here, be it the helmet rule or an anti-ragging rule, it holds the same,” asserts Naresh.

Rajlakshmi Mishra, who did her graduation from DU says, “When I was staying in the college hostel, what I faced was friendly ragging. Sometimes, it was demeaning, but then we were free to opt out of it. Our seniors would make us do stuff like ‘sexy chipkali,’ wherein we were asked to gyrate in a suggestive manner. When I told my parents about it, they said ragging was just a way of getting to know the seniors better and also that I should take it in good humour, as long as it didn’t go overboard.”

But even back then, the students did not get back to their parents or the authorities with a complaint. Another St Stephen’s graduate had this to say: “We were asked to play basketball in our underwear and we even had to put up with indecent remarks.” Did he tell his parents about it? “How could I speak to them about the vulgar questions our seniors asked us? Besides, they would’ve only got worried about it,” he points out.

And then, there was the ultimate insult: if you went on to complain to the police or other authorities, it took them no time in pointing a finger right back at the student, and, in the case of girls, even raise questions about their morality. As Malavika Sharma, an event organiser, who stayed in a private hostel on the DU campus reminisces, “A policewoman was stationed near the premises of the girls’ hostel on the campus for our safety, during the ‘ragging period’. But once, when I approached a woman police officer at being ragged in our hostel, she went right ahead and told the hostel owner about it. The latter, instead of sorting things out, blamed me for trying to malign the image of the hostel. Later, I learnt that the owner used to bribe the cops.”

“As long as ragging is done within limits, it’s acceptable. When one starts going to college, it’s time to face the world. That’s why parents don’t intervene in every move of their children. So, one tends to look at ragging as a good way of getting to know the seniors. But if youngsters complain to their parents about being tortured in the name of ragging, the matter should be looked into seriously and stopped.”

UMESH ARORA, whose son is planning to join an engineering college “I think ragging is good provided it’s monitored. It should be seen as a way of getting people together, of breaking the ice. However, people can’t take another person’s life in the name of ragging. These days, the ragging scenario is getting horrific, as youngsters are crossing all limits of decency. Ragging should not be used to embarrass anyone and people indulging in physical ragging should be penalised. At no point it should become indecent.”

VANDANA ADLAKHA, corporate trainer, who has two college-going daughters“Ragging is not despicable per se. It’s like the political system – the ‘right thing’ falling into ‘wrong hands’.”

AJIT JANI, creative director and father of a college-going kid

THE AUTHORITIES, THEY SAY…

“I am a member of the hostel committee since the last four years and during this time I’ve never seen any ragging incident nor have I heard any complaint from students. I think that’s because senior students and teachers make sure that students are comfortable in college and even outside the campus. We used to have a healthy mass interaction among seniors and juniors but that was optional for first year students to attend. We would also go for surprise checks to ensure good behaviour amongst students. In fact, this year, our principal, Pratibha Jolly, organised a week-long workshop for freshers before the session started. We invited eminent personalities like Kiran Bedi and Shiv Khera. So, there was no need to monitor anyone this year, but still, teachers were available for help and interaction all the time.”
– AMITA RANA, lecturer and member of Miranda House hostel committee

“Every year we form a proctorial committee, wherein a sub-committee is formed. Members of this committee are allotted specific areas of the college to ensure that no ragging takes place. I was the proctor of the KMC hostel three years ago and no ragging incidents were noticed during that period. Only once a student complained that a senior threw water on him. So we suspended the senior for three months.”
– SK KAUSHIK, faculty member and proctorial committee member of Kirori Mal College

“Institutions have been empowered by the Supreme Court to act against ragging, and take strict action against those caught doing so. But still, there is much laxity amongst institutions when it comes to taking action. The problem is the categorisation of ragging as ‘legitimate ragging’ and ‘punishable ragging’. There is nothing as legitimate ragging. Small-time ragging spirals into a bigger menace and even torture. Our stand is very clear. Any kind of ragging needs to be condemned and punished. Ragging is a slight on the dignity of young students. Those who think that harmless ragging is fine are opening doors for bigger insults to happen.”
– DEBRAJ MOOKHERJEE Asso. Professor of English, Ramjas College

“When a new term starts, we form a committee, that conducts surprise checks to ensure that no student gets ragged. The hostels are the most vulnerable points and thus, the hostel committee (warden acts as convener for the same) goes for surprise checks. In fact, when this term was to start, the DCP had invited representatives from every college to discuss the issue. He had asked for suggestions and the police have been very cooperative all through. If students complain, or we find out any such incident, we take immediate action.”
–PRADUMN KUMAR, Lecturer & member of Hindu College’s anti-ragging committee

A healthy life is the best gift one can give oneself in 2013. All one needs to do is follow… 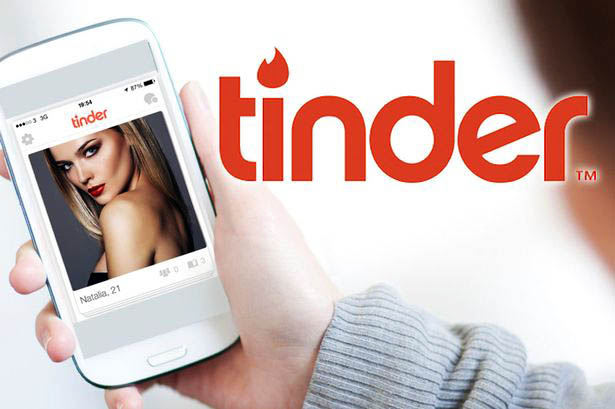 Sexy photographs, smart profiles. Fans, friends. Stalkers, networkers. Everyone has attitude and everyone’s wired in. Writer logs in to the…

There is rampant ragging in colleges despite Supreme Court deeming it a criminal offence. The chilling Aman Kachroo case has…