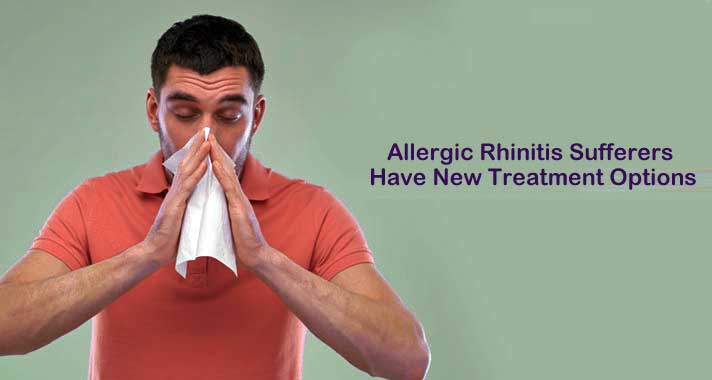 Allergic rhinitis, or hay fever, is the fifth most common disease in the United States, and it costs the economy between $2 billion and $5 billion per year in doctor visits, drugs, and other health care costs. About one in five Americans suffer from nasal allergies, says Sandra Y. Lin, MD, associate professor of otolaryngology — head and neck surgery at the Johns Hopkins University School of Medicine, in a news release.

“When you inhale something you’re allergic to, the inside lining of your nose becomes inflamed, resulting in congestion, runny nose, sneezing or itching,” says Lin, the spokesperson and assistant co-chair of a recent panel on allergic rhinitis from the American Academy of Otolaryngology — Head and Neck Surgery Foundation. She adds that some common substances which cause allergic rhinitis — called “triggers” — are plant pollen, dust mites and pet dander. The panel notes that sublingual immunotherapy is one of several state-of-the-science treatments for allergic rhinitis,recommended by the panel of experts, which developed a new guideline for treating the disease.

Because the disease is so common, many different type of doctors must treat it. Available options include over-the-counter medications to in-office treatments. The academy’s recent guideline was developed by 21 experts such as ear, nose, and throat specialists; allergy specialists; and pediatricians.

“[The guideline] is useful for all physicians who treat allergic rhinitis, as well as for patients,” says Lin.

Sublingual immunotherapy, which was approved by the Food and Drug Administration last year, gradually desensitizes patients to allergens that trigger their symptoms. Patients can take tablets or drops at home instead of having to go to the doctor’s office for injections. The guideline advocates for using immunotherapy in patients who test positive for specific allergens and don’t find relief from other therapies. However, it can take up to five years to complete the treatment. In rare cases, patients have had allergic reactions.

“Immunotherapy is the only treatment that changes the allergic patient’s response to the allergens, and it has the potential to change the natural history of the disease,” says Lin. “This is the first guideline to discuss this form of treatment since the FDA-approved sublingual immunotherapy tablets.”

The new guidelines also include other recommendations for allergic rhinitis:

The sequential development of allergic disease manifestations during early childhood is often referred to as the “allergic march.”

It is medically characterized as a subset of the allergic disorders that commonly begin in early childhood and progress thereafter: food allergies (gastrointestinal), atopic dermatitis (eczema), allergic asthma and allergic rhinitis. See the article picture.

I have written numerous articles on the high rates of allergic asthma in the Greater Sacramento Region, and the need for prevention solutions.

An interesting recent scientific report sheds light on the allergic march, and insights into an approach to disease prevention.

According to the report, researchers in Japan mailed questionnaires to 3,321 first-year university students (mean age, 18.4 years) about allergic diseases.

Another article can be used to characterize the data as supporting that FA significantly raised the risk of allergic disease comorbidity (AD, BA and AR), especially AD, and critically increased the numbers of diseases with which it was comorbid. These results suggest that FA and AD are closely associated and aggravate the allergic march.

This medical report suggests that developing strategies in Sacramento for preventing respiratory allergic diseases must take into account local patterns of the allergic march, and related intervention opportunities.

Why asthma can make allergies deadly 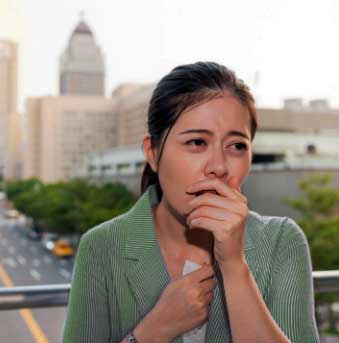 Mild allergies often mean sneezing, watery eyes, and maybe hives. These symptoms are annoying and uncomfortable, but can be handled with modern medicine. Since more than half of the United States suffer from allergies, most of the people you meet are familiar with the symptoms and the over-the-counter remedies available. They have personal experience with this disease and have strong opinions on how allergies can be treated and managed.

Mild allergies can turn deadly when combined with asthma symptoms. Not all people with allergies have asthma, but about 70% of asthmatics have allergies. Whereas a mild allergy may cause uncomfort, any allergy that triggers asthma will cause breathing problems. Asthma is a chronic lung disease that inflames and narrows the airways in your lungs. People with asthma have inflamed airways that can be reactive when exposed to an allergen. For example, if smoke is your allergen and you have asthma, inhaled smoke may cause your airways to constrict, swell, and produce mucus which makes it very difficult to breathe. Asthmatics can take rescue inhalers to open up their airways and give them immediate relief. However, even when asthma medications are used, symptoms can flare and worsen, especially with continued exposure to the allergen.Did you know that…

If you are one of the lucky ones with allergies and not asthma (ever think your allergies were lucky?), please do not assume that you understand other people’s allergies. It is frustrating enough for those with asthma to seclude themselves from their most severe allergens. It is very hurtful for an asthmatic to be challenged by others regarding the real severity of their symptoms, and that they are not doing enough to control their allergies. This examiner has had too many enounters to count with friends and relatives that continually suggest allergy shots and over-the-counter antihistamines as ways to combat allergies. Although these methods have merit and do help many people, they are not the answer for everyone and are not a cure. Even with allergy shots and medication, allergens can still cause severe asthma attacks for asthmatics.

If you have asthma, take it seriously! Don’t bend to the pressure to “just take a Benadryl” and endure. Do what you need to do to avoid long stints with your allergen. Unless you have an asthma attack in front of someone, they most likely will not understand the difference between your allergy symptoms and those of others.

The best thing you can do for an asthmatic is to take their requests regarding their allergens seriously. Remember that different people can respond to the same allergies very differently.