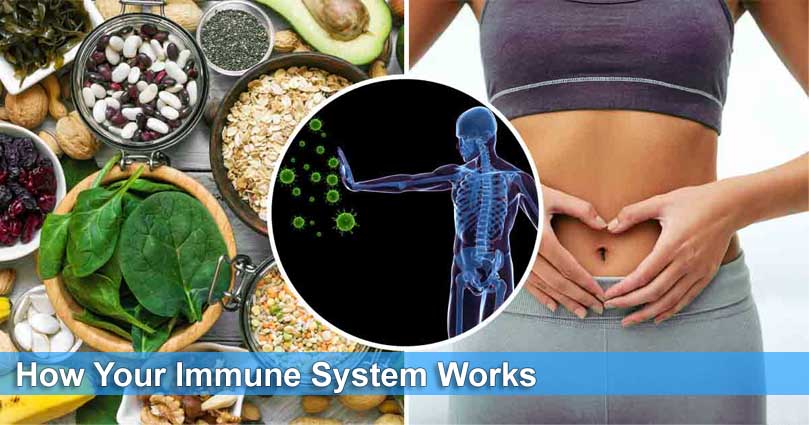 How Your Immune System Works? The immune system is an amazingly complex mechanism, which involves numerous components that work together to defend the body

THE human body possesses an amazing ‘state-of-the-art’protection mechanism, called the immune system.This mechanism also defined as, “A constellation of responses”is designed to defend the body against bacteria, microbes, viruses, toxins and parasites – waiting to invade our bodies.

When attacked, the body reacts and mounts a damaging immune response against the intruders. It detects the foreign elements, communicates the information to other parts of the security network and recruits a coordinated, multipronged attack, which may destroy the infecting organism, or at least limit its damaging effects. If the immune system responds successfully and eliminates the pathogen or parasite then internal controls prevail. However, in case of a failure, the body depends on external support.

The immune system has a series of dual natures, the most important of which is recognition of self and non-self. The others are: general or specific, natural/ innate or adaptive/ acquired, cell-mediated or humoral, active or passive, primary or secondary.

COMPONENTS OF THE IMMUNE SYSTEM

The first line of defense against infection is the physical barrier of skin and the mucous membranes aided by other
physical, chemical and mechanical defenses such as mucus, the mechanical movement of the cilia in the bronchial tubes, the cough reflex, antiviral and antibacterial compounds. If these barriers are breached a second line of defense is provided by the soldiers of the body – the white blood cells or leukocytes, which are a whole collection of different cells that work together to destroy bacteria and viruses.

The bone marrow is the factory where all blood cells both red and white are manufactured from a single pool of precursor cells, the multipotent stem cells. These stem cells produce hemocytoblasts that mature into three types of blood cells: erythrocytes (red blood cells or RBCs), leukocytes (white blood cells or WBCs), and thrombocytes (platelets).

The white blood cells play a special role in the immune system, and many are able to transform themselves in different ways. The leukocytes are further subdivided into granulocytes (containing large granules in the cytoplasm), lymphocytes (consisting of B cells and T cells), and monocytes.

The role of antibiotics

Sometimes when under attack, the immune system is unable to react quickly enough. It is either outpaced by the reproductive rate of a certain bacteria, or the bacteria is producing a toxin so quickly that it will cause permanent damage before the immune system can eliminate it. In these cases the immune system needs help.

Antibiotics are chemicals that work on bacterial infections. They kill the bacteria cells without affecting the cells that make up your body. Antibiotics lose effectiveness over time.They kill the majority of the targeted bacteria very fast giving one relief in just a day or two and normally kill all of the bacteria it targets over the course of a week or 10 days. However, on occasion one of the bacterial offspring contains a mutation that is able to survive the specific antibiotic.

Neutrophils (55–70 per cent):The neutrophils provide the major defense against pyogenic (pus-forming) bacteria and are the first on the scene to fight infection.

Eosinophils (one to three percent): Eosinophils seem focused on fighting parasites in the skin and lungs.

Basophils (0.5–1.0 per cent): Basophils carry histamine and are important (along with mast cells) for causing inflammation, which brings in more blood and more immune system cells to the site of infection, thus helping to fight the infection.

They handle most of the bacterial and viral infections.These are:

B-cells: They develop in the marrow before entering the bloodstream.When stimulated they mature into plasma cells which after an initial lag, produce highly specific antibodies also called immunoglobulin or Igs. These are responsible for autoimmune responses, such as allergies and diseases like arthritis, multiple sclerosis, and systemic lupus erythematosus. The other B cells become longlived memory cells.

IgG is the only antibody that can cross the placental barrier to the foetus, and it is responsible for the three to six month immune protection of newborns that is conferred by the mother.

T-cells: T cells are non antibody-producing lymphocytes.Though originating from the bone marrow they migrate through the bloodstream to the thymus where they mature.T cells actually bump up against cells and kill them.
Killer T cells detect cells in the body harbouring viruses and kill them.The Helper and Suppressor T cells, help sensitise killer T cells, and control the immune response respectively. Helper T cells produce Interleukin-2, interferon and other chemicals, which activate B cells to produce antibodies. Interferon interferes with viruses (hence the name) and is produced by most cells in the body. Interferon is a protein that lets cells signal each other.When a cell detects interferon from other cells, it produces proteins that help prevent viral replication in the cell.T cells and B cells are often found in the bloodstream but tend to concentrate in lymph tissue.

released by the bone marrow, float in the bloodstream, migrate into the tissues and organs all around the body and differentiate into macrophages or “big eaters”. Macrophages are concentrated in the lungs, liver, lining of the lymph nodes and spleen, brain microglia, kidney mesoangial cells, etc.The wandering macrophages roam the blood vessels and can even leave them to go to an infection site where they destroy dead tissue and pathogens. Tumour Necrosis Factor (TNF) produced by macrophages kills tumour cells and promotes the creation of new blood vessels making it important to the healing process.

A phagocyte is a cell that attracts (by chemo taxis), adheres to, engulfs and ingests foreign bodies. Neutrophils, eosinophils and macrophages are all phagocytes.

They are large granular lymphocytes that move in the blood and lymph, to lyse (burst) cancer cells and virus-infected body cells.

As seen above white blood cells being so important to the immune system are used as a measure of immune system
health.Whether one has a “strong immune system,” or a “suppressed immune system”, can be determined by counting different types of White Blood Cells (WBC count) in a blood sample. A normal white blood cell count is in the range of 4,000 to 11,000 cells per micro litre of blood.

An antigen is any substance that elicits an immune response. Parts of the immune system are antigenspecific (they recognise and act against particular antigens), systemic (not confined to the initial infection site, but work throughout the body), and have memory (recognise and mount an even stronger attack to the same antigen the next time).

THE IMMUNE SYSTEM IS ALSO SUPPORTED BY:

OTHER ASPECTS OF THE IMMUNE SYSTEM

The innate immunity system is inborn, nonspecific; all antigens being attacked pretty much equally and genetically based.

Adaptive or acquired immunity is acquired and specific. There are two fundamental adaptive mechanisms: cell-mediated immunity and humoral immunity. Humoral immunity encompasses molecules secreted by small lymphocytes detected in the body fluids, thus primarily focusing on antibodies and B cells from which they are derived. Cell mediated immunity refers to the direct action of immune cells on each other, on infected body cells and on cellular antigens i.e. the action of the T cells.

WHAT HAPPENS IF THE IMMUNE SYSTEM BREAKS DOWN?

There is a system built into all of the cells in the body called the Major Histocompatibility Complex (MHC),also known as the Human Leukocyte Antigen (HLA) that marks the cells in the body as “self”. Anything that the immune system finds without these markings (or with the wrong markings) is definitely “not self” and therefore needs to be attacked.

Hypersensitivity reactions involve mechanisms that occur during the normal protective immune response to pathogens and parasites. However, in certain individuals either the regulation processes break down or the antigens persist in the body. The immune response then becomes exaggerated or prolonged causing significant tissue damage and unpleasant symptoms. Allergies, being one such form of immune system error. In patients who have undergone

tissue/organ transplants, the cells of the foreign tissue placed inside the body, does not contain the correct identification, and the immune system therefore, attacks it – for eg. graft rejection.The problem cannot be prevented, but can be diminished by carefully matching the tissue donor with the recipient, and by using immunosuppressant drugs to try to prevent an immune system reaction. However, by suppressing the immune system these drugs make the patient vulnerable to opportunistic infections.

The immune system and diseases like cancer and AIDS

Dr B K Smruti, consultant medical and hemato-oncologist, Bombay Hospital Institute of Medical Sciences, explains,“The immune system is the body’s defense not only against infection but also cancer. A disruption of this system also known as immunodeficiency increases the risk of cancer.This is most commonly encountered in AIDS, congenital deficiencies of the immune system, or when drugs are administered after an organ transplant, to suppress the immunity to prevent the body from rejecting the transplant. ”

There are many diseases which, if contracted once, one never catches again – like measles and chicken pox. When these infectious organisms enter the body and start reproducing, the immune system gears up to eliminate them.When attacked for the first time the disease runs it course, and is eventually eliminated. However, while it is being eliminated, a second set of B cells remains in the body for years. If the disease reappears the body is able to identify the intruder, launch a specific attack and eliminate it immediately before it can cause damage.

A vaccine is a weakened form of a disease. It is either a killed form of the disease or it is a similar but less virulent strain. Once inside the body, the immune system mounts the same defense, but because the disease is different or weaker few or no symptoms of the disease are experienced.When attacked by the real disease the body is able to eliminate it immediately.Vaccines exist for all sorts of diseases, both viral and bacterial: measles, mumps, whooping cough, tuberculosis, smallpox, polio, typhoid, etc.

However, diseases such as the common cold and influenza have no vaccines, being diseases which either mutate so quickly or have so many different strains in the wild that it is impossible to inject all of them into the body. Each time one gets the flu, one maybe getting a different strain of the same disease. 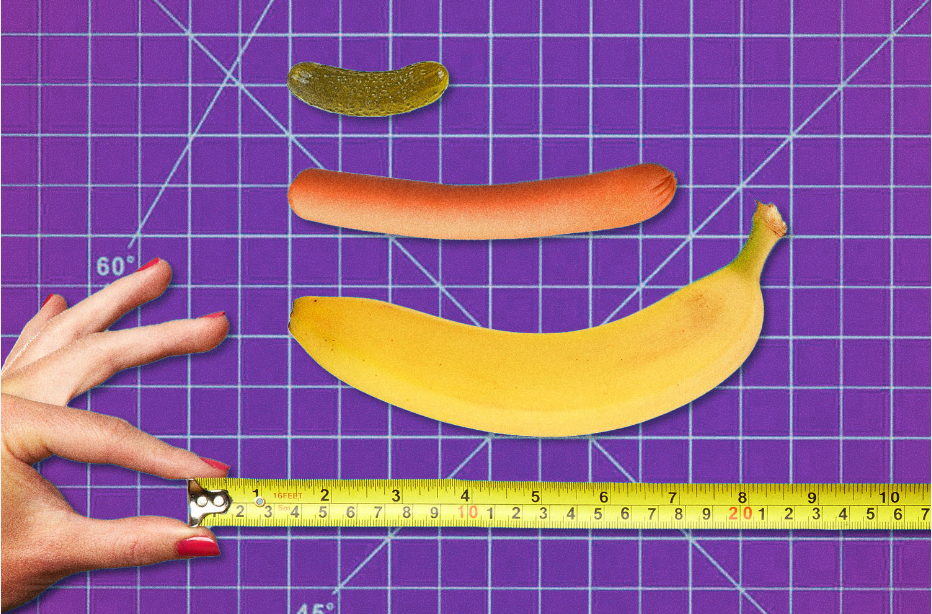 I am constantly amazed at what the average adult does not know about the penis. Most people have a pretty…

How Your Immune System Works? The immune system is an amazingly complex mechanism, which involves numerous components that work together…