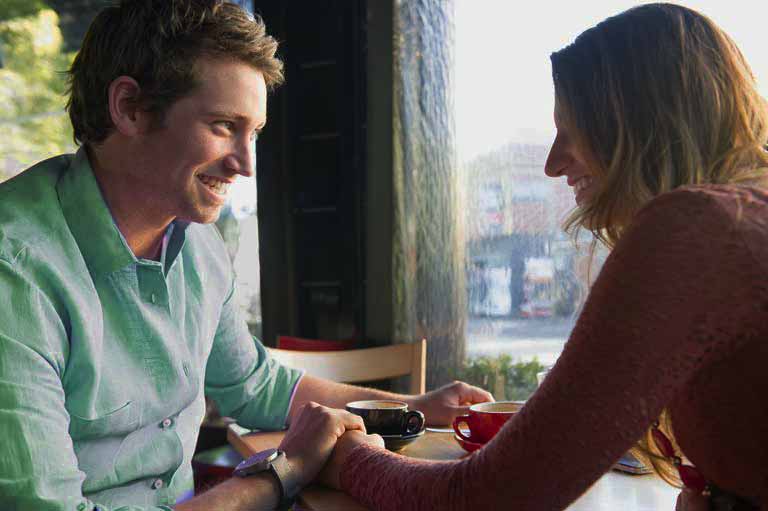 In the animal world most males who are interested in a female that has children from another male, he will kill them off and reproduce with her to have his own. Very few male animals will want to take care of another male animal’s offspring.

On the other hand most female animals will help each other with offspring and will take care of another females offspring if she is not around and bring them up as her own.

When humans are faced with the same scenario, their natural biological instinct is very much the same, but then again we are humans and not just animals! How do human men move past their biological animal instinct and into the role of wanting to be part of raising or mentoring another man’s children?

The answer to this question is complicated depending on the situation itself.

Statistically over 50% of people are divorcing and most with children still living at home making this a common situation for many women.

Women often times with babies or younger children who themselves are in their 20’s and early 30’s will be best matched with a man that may have younger children as well, where both can benefit from helping each other. He will not see her kids as much as a threat because he is also thrown into being both mom and dad for his time with his kids. They also may decide to at some point to get married and have a child of their own. The one major problem that can occur in this situation is the influence of the other parent to the children and how tumultuous that relationship is on the new couple’s relationship. Jumping into any relationship too fast, is never a good idea, but involving the children early on with this situation can have its benefits as far as keeping the kids occupied and also enjoying time together, keeping it on a friendly level for a while to see if there is future potential, is important, jumping into bed and exposing kids to many partners can be confusing.

“A younger women with a young kid dating an older man that has no kids, if it happens too soon and the man is too eager, then take the time to slow it down and make sure to see what his intentions are. Most men as stated above will not want to take on this type of responsibility, especially if the children are younger and he is older, time is a good indication if it will work or not.”

Women in their late 30’s and 40’s with kids that are in grammar school or even preteens the situation is going to be different depending on if she wants to remarry or have more kids in the future. Also the man should be close in age to the woman either a little younger, the same age or a little older….

If the man also has kids that are close in age or teenagers, then he may still want to combine the family at some point but may not want to have more children and this is very important to discuss in the beginning. Women who think that the man is going to eventually want more kids when he says he does not are going be very disappointed two or three years down the line in this type of a relationship, honesty is the best policy. Also if he says he does not want to marry again, usually he means it or wants to have the children raised and out of the house before making another long term commitment, again open honest communication is the key.

With this type of relationship, it is important to get to know the man first before introducing the kids for a few months and then slowly bring all the kids together to see how everyone gets along. If the couple can create a strong team together with an understanding of being partners with each other and each others children then over a period of time at least a year, things could work out….Often times if the children are too young under the age of 6, it may not work at all if there is just to big of an age difference for him to stick around for another 10 years.

In a situation where a woman is in her 40’s and 50’s and has preteens or teenagers and the man she is dating has his kids out of the home or none at all then this can be a more complicated situation.

Sometimes a woman who is more independent and kids are in their teens, may decide to just have a man around when her kids are at their dads. This man can become her companion, he can be younger or older, with this situation there is no need to introduce him to the kids at all, if it is just passing time…..

If the woman decides that at some point she does want to be in a more serious relationship perhaps her kids are a little younger than teenagers and may want to marry again it can be a tricky situation. The man does not need her help with raising his kids, he may be happy to have raised his family and move on to a more mature part of his life, depending on his age. If she dates a younger man he will eventually leave to raise a family of his own in most situations.

If the woman does want to purse a lasting relationship with this more mature man at the stage he is in his life (where his kids are raised and out of the house), It is important for her to have some sort of interaction with her children and this man on a limited bases in the beginning to see if there is any interest at all….. One sure way to scare off a man in this situation, is to bring on the kids too strong and too fast, but a few casual meetings on the other hand will allow the woman the opportunity to see real quick if he even has the ability to relate to the children at all.

What is an appropriate amount of time?

In this situation the man needs to fall in love with the woman first, in order to not see her kids as a threat but an extension of her! This way he may want in time to become a mentor or a role model to her kids. It also depends on the man and his situation, his age and if he can see himself as a man that still has the energy to be with preteens or teenagers. 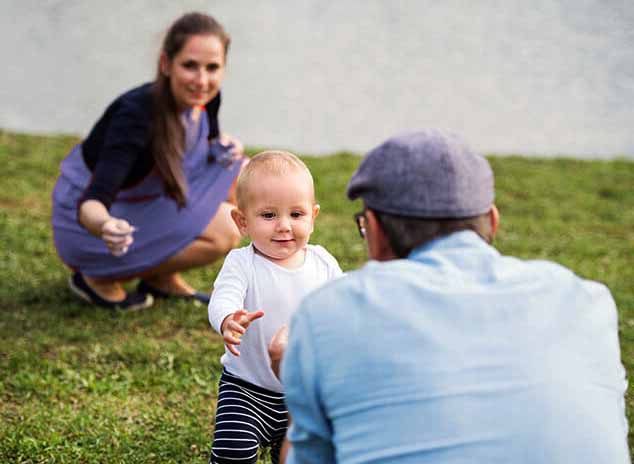 This depends on the women’s situation as well, if she has her kids full time and does not have much help then dating can be difficult, and the time involved is going to be more limited…If she has help or the father of the kids is involved then she can date when her kids are not around for a good 6 months to a year to see if the relationship is solid enough to integrate into a family. Depending on the age of the women and kids, she can continue this type of relationship until the kids are out of the house and off to college or decide that this man may not be a good fit and marry. This truly depends on the situation and if she feels that the man is going to be beneficial in the children’s lives or take more time away from her kids, as this situation will always be a juggling act, that can grow tiresome…..

The best rule of thumb is to develop a strong relationship between the man and woman first, with open lines of communication and patience on both people’s part. Slowly involving the children into the relationship is also important, because a women needs to know how much time to invest in a man, and what value she can see him playing in her life and her children’s lives. For some men over time they may want to become a part of her life with her children, perhaps him having older children and understanding what it takes to raise a kid and see the value in his part and his older children’s part. Other men may not want to ever involve themselves fully into the relationship and this may work for the couple or not, most people know within a year. Some women get caught in this situation for years and it can be unhealthy for her and her kids….

After that time, if the relationship seems stagnant then it may be time to move on.

As always good communication is the key, and as a woman raising healthy happy children, the children’s best interest always comes first until they are out of the house. Parents only get a short opportunity to do a good job at parenting, and if she is with the right man for her at some point he will jump in and want to be a part of the kids life or not!

Please feel free to leave your comment, your story or thoughts on this topic. There is not enough information on this new frontier of single parenting and many single mom’s and dad’s who face this struggle everyday and how to do the right thing for their children.

Often times the best advice someone can offer to another person is their own experience!

In the animal world most males who are interested in a female that has children from another male, he will…