Why Erectile Dysfunction age 40, Erectile dysfunction (“ED”) is the inability to develop and maintain an erection and is commonly called “impotence.” The clinical guidelines for erectile dysfunction being a serious disorder, is when it lasts longer than 3 months. Researchers report that erectile dysfunction increases in men the older they become. At age 40, about 40% of men develop ED and the rate increases to about 70% as they near the age of 70. Erectile dysfunction affects 30 million men in the United States. ED can occur at any age, but the older a man gets, the greater the chance that he will have a health problem that results in ED. The National Institutes of Health reports, that approximately 5% of 40-year-old men and between 15 and 25% of 65-year-old men experience ED on a long-term basis. 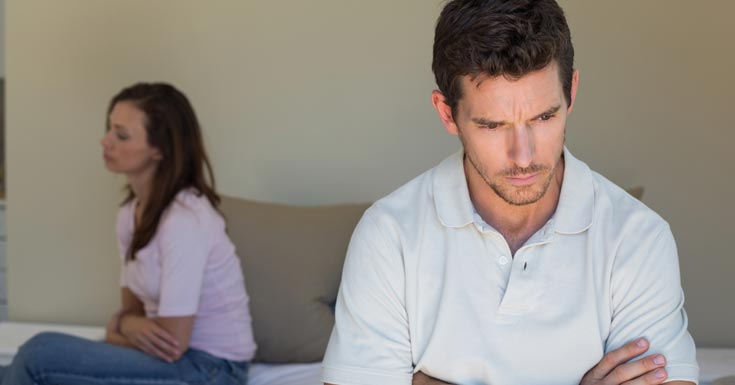 New statistics are now reporting problems with men under 40 who are experience ED. Men aged 40 and over are associated with other common cause erections, like low testosterone levels, body mass index, hypertension, surgery and illnesses. However, the reasons why men younger than 40 are experiencing ED problems are sets of different issues than their father and grandfathers. Even though psychological factors like anxiety or depression do play a role in men under 40′s sexual problems, other factors like early porn, drugs, excessive smoking, bad dietary habits, and illnesses all form a basis for erectile dysfunction to affect 1 out of 4 men under 40′s. Erectile dysfunction in men under 40, use to be a rare occurrence, especially when there were no preexisting health issues. Young men are now suffering from ED at rates higher than what was previously indicated as normal. Young men who are seeking treatment for this and other sexual problems seems to be increasing in numbers. The use of male enhancement medications, like those advertised on TV, has increased by 312% among men aged 18-45, since the year of 2008.

Another factor that is causing great concern for men under age 40 who are experiencing ED, is enlisted military men. Young men under 40 in this category are not just suffering from ED, but they are being reported as experiencing severe erectile dysfunction. Unfortunately, the overall rate of ED in military men is three times higher than the rate of ED in civilian males of same or similar age. The clinical study rate of ED in the 36 to 40 year age group is 10% more than civilian men. Whenever a medical condition is ruled out in libido meter of men by age, who are being treated for ED, the only other conditions associated with ED are bad lifestyle habits. Toxic habits do affect hormone balance levels and blood vessel flow which contributes to the penile area and causes ED. Other factors that bring about ED for young men under 40 are stress, neurological problems like depression, certain medications, metabolic conditions that blog blood vessels, and illnesses like diabetes.

For young men under 40, there are a number of physical or psychological reasons for erectile dysfunction, a majority of causes which are temporary. Treatment for erectile dysfunction has improved a great deal over the last 10 years. If a young man’s ED problem is related to health conditions, he can receive treatment so that his ED problem could go away. If medication is causing ED problems, then your doctor can start you on alternative medication. Simple, but permanent lifestyle changes also attribute to a young man beginning to function normally. Cost Effective Penile Implant in India and Other treatments are available in the form of vacuum pumps; PDE-5 inhibitors; an injection or a small pellet of Alprostadil; hormone therapy; surgery due to injuries; Shockwave Therapy or Ed1000; sensate focus which is a type of sex therapy; psychosexual counselling which is a form of relationship therapy; pelvic floor exercises, and other types of complementary therapies, like acupuncture.

Erectile dysfunction in young men under 40, can have many causes, both psychological and physiological. Plus, it is a devastating topic, but you are not alone, there are millions of other young men who are also dealing with this issue. What’s so important, is that young men can be treated as identified above. Talking to urologists and other healthcare professionals is a solution that can lead to treatment options that are readily available. There are no more myths, which are surrounding the sexual health of men of all ages and there are no preconceived guesses about men and erectile dysfunction. Young men are asked to see their medical professional so that the correct cause can be identified and treatment.

The many warning signs of male depression

How To Prolong Sexual Intercourse