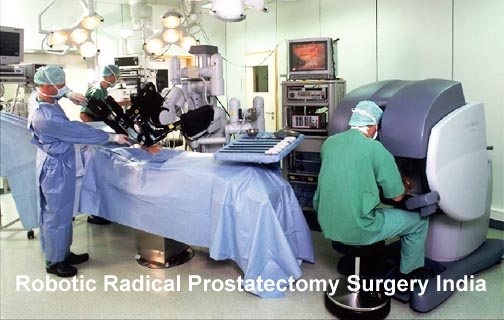 The Prostate Gland lies just below the bladder, in front of the rectum, and surrounds the urethra. With age, as the gland enlarges, it presses on to the urethra thus partly blocking the flow of urine from the bladder.

Prostate problems are pretty common.“People accept prostate problems as they come. Every old individual may not need treatment,“ comforts Dr. Rupin Shah, professor and head of Genitourinary and Gynaecology (GUG) cancer surgery at the Asian Institute of Oncology, Mumbai and Consultant Urologic Oncologist attached to the Lilavati and Breach Candy Hospital, Mumbai.

ARE you above 55 years of age? Do you have to get up several times in the middle of the night to pass urine? If so, get yourself checked because you may have prostate problems – inflammation of the gland, enlargement of the gland or even prostate cancer. (see box for symptoms) Dr. Harshad Punjani, consultant urologist at the Bombay Hospital, says,“About 30 per cent of the population between the age of 55 to 80 years suffer from prostate problems. And out of these almost 20 per cent would require treatment.”

If you are suffering from fever, chills or pain in the lower back and between the legs, pain while you urinate, see your doctor right away for you may have an acute prostatitis, an infection caused by bacteria that get into the prostate by travelling up through the urethra. The infection may be transmitted through sexual contact.

In addition to the physical examination, a urine examination is conducted to confirm the presence of bacteria or white blood cells. At times, urine is sent to the lab for bacterial cultures for microscopic analysis. If the doctor suspects the spread to have reached the kidneys, he will advise other tests.

Dr. Sulabha Punekar, former head of the department of Urology at the KEM Hopspital, Mumbai, says, “Acute prostatitis is rare and can occur in men after the age of 20-25 years, and is a difficult condition to treat. The acute infection can evolve into a persistent infection called chronic prostatitis.”

“We prescribe stronger antibiotics (injections) to treat this. Alpha blockers and anti-inflammatory drugs are also given,” says Dr. Punjani. Antibiotics help clear the infection and painkillers will help get symptomatic relief. Drinking plenty of fluids may also help. 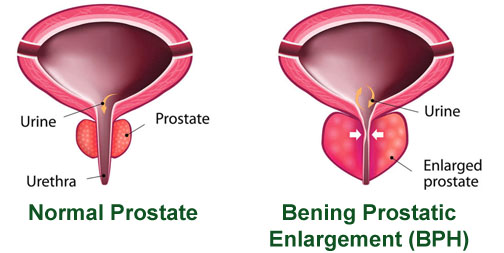 When the infection persists or keeps coming back again and again,it is called chronic prostatitis. The symptoms are similar to the acute infection and are milder in form but will last longer.If bacteria are the culprits, prolonged antibiotic treatment will help get rid of them. Sitting in warm water baths provides relief, and massaging the prostate may also help release the fluids.

The condition occurs due to an enlarged prostate, more common in older men. Dr Shah says, “A man with BPH can have simultaneous prostate cancer.” As the gland gets bigger, it interferes with the flow of urine out of the bladder. It may even cause dribbling following urination, frequent urge to urinate, especially in the night.

According to Dr Punjani, “A Digital Rectal Examination (DRE) (done by insertion of the index finger into the rectum to feel the prostate gland, check for lumps and enlargement), Prostate-Specific Antigen (PSA) test in the blood along with a transrectal ultrasound would help diagnose BPH and exclude the possibility of prostate cancer.”

Medical
Alpha-blockers help relax the muscles of the bladder and help in urination.“For large glands, we advice finasterides, drugs which can shrink the size of the prostate and increase the flow of urine,” adds Dr. Punjani. Almost 70 per cent of men feel better within a few weeks following the medication. The drugs could, however, cause fatigue, dizziness and low blood pressure.

Dr. Punekar says, “Phytotherapy for prostate problems is as old as the 15th century BC, and is common in Europe and the Western Hemisphere. In the US these are being used as health tonics but in India they have not picked up as yet.” Research studies have also shown that a herbal remedy made from the berries of the saw palmetto tree is helpful in controlling symptoms of BPH.

Surgical
“In case there is urine retention and the collection of urine goes up to about 100 millilitres, or there are other complications, do not waste time, get the surgery done. Transurethral Resection of the Prostate (TURP) is the most commonly performed surgeries. It is time-tested and the results are consistently good.” “Laser-assisted surgery is the “in” thing now. The procedure may reduce the need for blood transfusions due to lesser blood loss,” adds Dr. Punekar.

The procedures in general aim at either excising a part of the prostate, burning off a part of the gland or widening the urethra or use a laser beam to excise the overgrown prostate tissue. Open surgery is performed in case of other complications.

“Prostate cancer is the second most common urogenital malignancy affecting men in India. Approximately 21,000 new patients are diagnosed with prostate cancer every year in India. And in the city of Mumbai, prostate cancer incidence is higher than other parts of the country,”says Dr K A Dinshaw, director, Tata Memorial Centre and Dr Hemant B Tongaonkar, professor and head, Genitourinary Oncology Services,Tata Memorial Hospital, Mumbai.

The cancer results from an uncontrolled growth of cells in the prostate gland. Beyond the prostate gland it may invade parts of bladder and urethra. It may then spread to the lymph nodes or other organs such as liver, rectum or bones.“As per the data provided by the Indian Cancer Society, almost 75 per cent of the cases come to us at the later stage of cancer (metastasis) due to lack of awareness,” stresses Dr. V Srinivas, consultant urologic oncologist at the Hinduja Hospital and Prince Aly Khan Hospital, Mumbai.

Measures to Reduce your Symptoms

Dr. Tongaonkar, says, “Prostate cancer risk increases with age. This cancer is rare below the age of 45 and the majority of patients are over 55 years of age. There is strong evidence that diet contributes to prostate cancer risk.Studies have found a correlation between animal fat consumption and increased prostate cancer risk. Red meat, eggs and high fat dairy products have all been implicated.”

He adds, “Family history also plays an important role. Racial and ethnic factors are also associated with this cancer. It is much less common in Asians as compared to American men. Some studies have also found a correlation between high calcium consumption and increased prostate cancer risk.”
Indications

In the early stages prostate cancer rarely shows any signs but later causes similar symptoms as BPH. Says Dr S H Advani, oncologist attached to the Apollo Group of Hospitals and Jaslok Hospital, Mumbai, “Every man above the age of 50, who notices change in the frequency of urination, difficulty in passing urine, blood in the urine, frequency in micturation, say more than three-four times or urgency, should go for PSA testing.” If the PSA level is elevated or your digital rectal exam is abnormal, you may need an ultrasound guided prostate needle biopsy done to analyse the tissue.

“Sometimes, due to the overlapping of symptoms of benign conditions and cancer, patients do not take medical advice in time since the symptoms are attributed to benign conditions,” says Dr. Tongaonkar. Only when the cancer spreads, there may be bone pain, anaemia, and shortness of breath etc.

“In order to get an early diagnosis of prostate cancer, after the age of 50 or 55, get PSA testing done on a routine basis, especially if you have a family history”, says Dr Srinivas. However, Dr. Surendra Shashtri, head of the Department of Preventive Oncology, Tata Memorial Hospital, Mumbai, adds,“Prostate screening of cancer even in the US is controversial, the reason being there is no evidence that prostate cancers develop rapidly into invasive stages.” Therefore Dr. Shashtri feels, “The largest school of thought is to leave prostate cancers unscreened.”

The treatment of prostate cancer depends upon the extent of your cancer, your age, and any underlying health problems. For those men who have a nonaggressive tumour, confined only to the prostate gland, watchful waiting is permitted only if the man is too ill to tolerate surgery or has other medical conditions.

Radiation therapy may be advised in others who have the tumour restricted to prostate alone.“However, a Radical Prostatectomy is the best treatment for early cancers. It is a safe procedure and the prognosis is good if the cancer is diagnosed early. Hormone therapy may be given for advanced stages to alleviate the symptoms. Alternatively, orchiectomy (removal of testes) may also be performed. Chemotherapy for prostate cancer is still at an evolving stage”, says Dr. Shah.

“Early stage cancers – stage I and II can get permanently cured and those with stage III and IV, can have a good quality of life with hormone treatment,” assures Dr. Advani.

“By and large, prostate cancers are slow growing and indolent cancers. The survival after treatment of prostate cancer depends mainly at the stage at which it is diagnosed. Unfortunately, in India, nearly 70-80 per cent of the patients are diagnosed at an advanced stage where the cure rates are poor. Patients whose cancer is confined to the prostate have a strong potential for survival,” says Dr. Dinshaw.