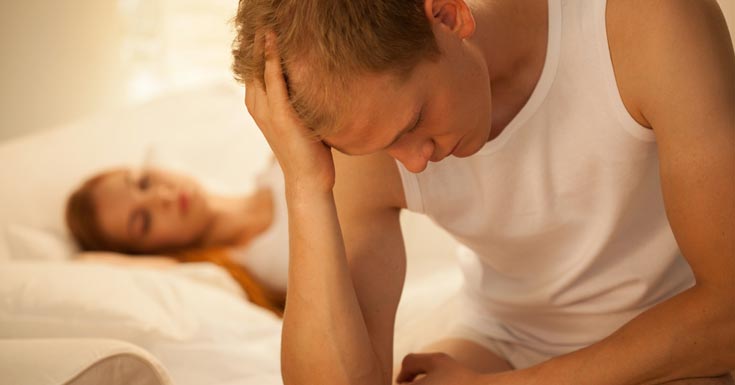 Here are the essentials that men and their partners should understand, about the different types of male sexual dysfunctions.

Erectile dysfunction, ED or impotence is probably the most common male sexual dysfunction. ED is essentially the inability to achieve or sustain an erection. ED can have multiple factors that influence the problem, but all relate to problems of the penis getting hard. The root cause of erectile dysfunction may be psychological in nature, but also maybe a symptom of something physically. Psychological impotence can usually be handled with non-medical methods. Although real, psychological erectile dysfunction is responsive to many treatments, because it has a fast reversing cycle that is almost like a placebo effect. Whatever puts the man at ease will often cure him, at least for a time. If physical damage or injury is the cause of impotence, the impact can be much more severe. Due to the embarrassing nature pf erectile dysfunction among sufferers, the subject was taboo until recent decades.

The loss or lowering of the male libido can significantly impact a man’s life, especially his sex life. Sexual desire disorders are defined by a lacking of sexual desire or sexual libido. This will be true for all sexual activities and for all of a man’s of sexual fantasy life too. These conditions maybe related to all sexual stimuli and women, or just the individual and their current sexual partner. Often such conditions start without indicators, following a time period of very normal and healthy sexual functioning. Some men may have had lower libido issues all their life. Typical causes of sexual desire disorders include lower levels of testosterone, the effects of aging, fatigue, stress, anxiety and certain psychiatric conditions, like depression or seasonal related disorders.

For men, sexual arousal disorders manifest themselves with avoidance and aversion towards engaging in sexual contact with a partner. This is often compounded by other symptoms that result from the lack of sexual arousal, such as failure to attain or maintain an erection, or a lack of sexual excitement and pleasure in sexual activities. Many times there are medical reasons for these manifestations, such as low blood pressure, stimulation sensitivity issues or effects from a prescription medication being taken by the individual male. Sexual arousal disorders are more likely to stem from a physical problem.

This category of disorders can have physical, psychological, or pharmacological factors, so treatment can be more complex compared to other sexual dysfunctions. Orgasm disorders are characterized by the persistent inability to achieve an orgasm, even after engaging in all aspects of normal sexual arousal and intercourse. excitement phase. The most common causes of orgasm disorders are physical injuries to the testicles, or usage of antidepressants. Each can contribute to the delay or elimination of male orgasms.

Sexual pain disorders tend to be symptomatic and typically only happen to men, as a complication from other physical injuries. Pain disorders can manifest as muscular spasms, painful sexual intercourse, or anxiety, which causes psychological manifestations of pain out of fear. Other symptoms of pain related problems can causes skin irritations, rashes or other external outbreaks. Sexual pain disorders usually have both a mental and physical component.

How To Have A Female Orgasm