According to the UK National Relationship Study, 45% of women Tarely”or ‘Hexer” Initiate Sex; 1 in 20 see sex as a ‘Household Chore’; 48% fake Orgasms Regularly

So what does one do? Experiment. Do it some place else. Try a different position; the Kamasutra lists 64. Do it in the woods. In your bath tub. On the Yahoo Answers site, a guy called smoothpoppa2007 says he enjoys it most in the Burger King loo while deco9 knows of someone who does it in the graveyard. Well, you don’t need to get so adventurous but the least you can do is buy sexy lingerie, arrange exotic flowers, light aromatic candles, pack the kids off to mommy’s and do it differently at home or drive to an offbeat weekend getaway for nights full of passion. “Adventure always helps, try it,” suggests Dr Patri.
If you fall in the dissatisfied category, don’t sulk or expect the man to decipher your pleasure parameters and do it accordingly. You need to wake up, shed that inhibition, cut the guilt, get adventurous, stop condemning your body and participate. Don’t just stay sprawled. And listen to Alka Pande when she says, “Sex is a celebration of life. Enjoy.”

THE HASSLE WITH WOMEN

WHAT’S TO BE DONE?

27 per cent people would like to have sex on a beach, ahead of a jacuzzi, spa or hot tub (24 per cent) or in the woods (11 per cent). 8 per cent prefer it in the car and 7 per cent prefer in a swimming pool. Over 45? Head to the woods or the fields. The Durex survey says that is where they go to for more satisfying sex. People in Hong Kong would rather have sex in the office than anywhere else. Nigerians prefer swimming pools. Russians like it in the woods. For the Taiwanese, the best option is the car.

Lovers in Japan are least amorous; they have sex only 45 times in a year. Other nations on the sexually ‘inactive’ list include Singapore (73) and Indonesia (77). Indians? Contrary to what population figures say, they do it only 75 times in a year! 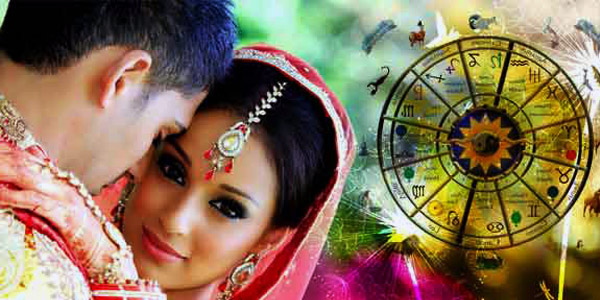 Blame It On Your Stars

Before you hop into bed, head to the astrologer with your horoscope. Amused? Well, the planets will tell you whether you two are sexually compatible or not. Says astrologer Ajai Bhambi, “In kundali milap (horoscope matching), we check eight areas of compatibility. For marital compatibility, one needs to have a match of at least 16 of the 32 gunas. Most people are unaware of this but yoni (sexual compatibility) is the fourth important area and, of the total 32 points, yoni gets 4 full points. You need to score at least 2 to be called sexually compatible.”

“Women shouldn’t expect too much. They see so much in the media that they want to imbibe all that in their lives. Why ape others blindly? See what suits you and your partner, and you won’t be dissatisfied.”
— Sumedha Sodhi, 26, travel agent
“Women now have fewer reasons to be sexually dissatisfied. Urban men have realised that women are equal partners and as adventurous as them. My boyfriend even asks me before coming. That’s super cool, I think.”
— Vandana Khatri, 30, lawyer

“If sexual satisfaction translates to an orgasm each time, then I think all women are sexually dissatisfied at some point or the other. Sex means so much more than just penetration. A passionate kiss, cuddling each other, indulging in a long foreplay—all that counts.”
— Kalpana Srivastava, 29, executive

“The lack of proper knowledge, as in understanding what sex is all about, is perhaps the single biggest reason for dissatisfaction. If you think it’s only a male prerogative to ensure that both partners climax and you are just there to enjoy the ride, then you will be highly disappointed. If you expect him to be attentive and experimental, then you need to do the same. Women, even sexually liberated ones, seem to think that they just need to be there and the guy will take it from there.”
— Kashish Sanghvi, 32, hotelier

“Our grandmothers didn’t work, were dominated by men, had no freedom of expression. Now, women earn. All this talk about sex and expectations has to do with financial freedom. Also, sex education has made women aware of their sexuality. For me, sex is an expression of love. Animals have sex; humans make love.”
— Agnimitra Paul, fashion designer

“This is 2007. Women’s lib has taken on a new meaning. Men and women are treated as equals. If men can talk about sex freely, why can’t we? Equality and respect is what we expect from men.”
— Mini Mathur, TV host

“It is not only about sex—the modern woman has become vocal about all her needs. Information through the media has made her conscious of her rights, while financial independence has made her assertive. She expects equality from her partner. She expects romance even in the bedroom.”
— Pooja Bedi, actor and TV host

“Sex is a wonderful outlet for love and physical health. Its aim is not only physical satisfaction but the security that comes with togetherness. We want to hold, hug and confide in someone. We want affection and warmth from our partners.”
— Satabdi Roy, actor

“It is all about women’s self-confidence. Sex is no more taboo; discussing sex is now a part of a modern woman’s life. She’s very sure of herself and about her needs; she’s also very vocal about her sexual life. She wants both her physical and mental needs to be respected.”
— Kiran Bedi, police officer

“The feeling of empowerment enables women to come out of their shells and demand their needs. As the new age woman progresses dramatically in every field, she demands equality in every sphere.”
— Shibani Kashyap, singer

“The new age women say: ‘If men can, why can’t we?’ Respect is what women expect from their men—respect for their needs, feelings, thoughts, desires and above all their femininity.”
— Indrani Halder, actor

“Who says women are sexually dissatisfied? Do surveys take into account the rural women who have no access to sexual freedom, forget sexual happiness? Urban women can have affairs or sex toys but most women are silent. It’s a topic that mustn’t be spoken about. The root of the problem lies there. We must provide sexual education at all levels. We need to teach girls that with puberty and growing sexual awakening come many responsibilities. They should know about sexually transmitted diseases, AIDS, unplanned pregnancies before experimenting with sex. We live in a repressed society that prefers to keep mum on issues that are screaming to be addressed at a mature level. Also, as they say, all good things begin at home. Don’t expect your children to learn about sex from their teachers, friends or other dubious sources. Sit with your daughter (or son) and explain the basics. Believe me, they will thank you for this some day.”
— Mahabanoo Mody Kotwal, actor

How To Make Love To A Woman – And Give Her The Maximum Sexual Satisfaction Ever!

How to Improve Sexual Performance?