Premature ejaculation (PE), is also known as rapid ejaculation, premature climax, or early ejaculation. In the United States, PE affects about one in five men ages 18 to 59. Although the problem is often assumed to be psychological, biology also may play a role.

How does ejaculation occur?

Ejaculation, controlled by the central nervous system, happens when sexual stimulation and friction provide impulses that are delivered to the spinal cord and into the brain.

What is premature ejaculation?

Premature ejaculation (PE) is characterized by a lack of voluntary control over ejaculation. Many men occasionally ejaculate sooner than they or their partner would like during sexual activities. PE is a frustrating problem that can reduce the enjoyment of sex, harm relationships and affect quality of life. Occasional instances of PE might not be cause for concern. However, when the problem occurs frequently and causes distress to the man or his partner, treatment may be of benefit. 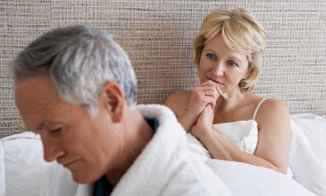 Psychological factors also commonly contribute to PE. Temporary depression, stress, unrealistic expectations about performance, a history of sexual repression, or an overall lack of confidence can cause PE. Interpersonal dynamics may contribute to sexual function. PE can be caused by a lack of communication between partners, hurt feelings, or unresolved conflicts that interfere with the ability to achieve emotional intimacy.

Premature ejaculation (PE) can occur at any age. Surprisingly, aging appears not to be a cause of PE. However, the aging process typically causes changes in erectile function and ejaculation. Erections may not be as firm or as large. Erections may be maintained for a shorter period before ejaculating. The feeling that an ejaculation is about to happen may be shorter. These factors can result in an older man having an ejaculation earlier than when he was younger.

Can both premature ejaculation and erectile dysfunction affect a man at the same time?

Sometimes premature ejaculation (PE) may be a problem in men who have erectile dysfunction (ED)—the inability to achieve and/or maintain an erection sufficient for satisfactory sexual performance. Some men do not understand that the loss of erection normally occurs after ejaculation and may wrongly complain to their doctor that they have ED when the actual problem is PE. It is recommended that the ED be treated first if you experience both ED and PE, since the PE may resolve on its own once the ED has been adequately treated.

When should a doctor be seen?

When premature ejaculation (PE) happens so frequently that it interferes with your sexual pleasure, it becomes a medical problem requiring the care of a doctor. To understand the problem, the doctor will need to ask questions about your sexual history such as the following:

Usually, laboratory testing is not necessary unless the history and a physical examination reveal something more complicated.

How to talk to your partner about premature ejaculation?

Premature ejaculation (PE) affects not only you but also your partner and your sexual relationship. In an episode of PE, the intimacy shared with a partner suddenly comes to a quick end. You might feel angry, ashamed, and frustrated, and turn away from your partner. At the same time, your partner may be upset with the rapid emotional change, or the outcome of the sexual encounter.

Communication is not only important to successful diagnosis and treatment, but can also help a partner understand the feelings of the individual. Sometimes couple counseling or sex therapy may be useful. Together a couple might develop techniques (for example, the squeeze technique) that may prolong an erection. Most importantly, the couple should try to relax. Anxiety (especially performance anxiety) only makes this condition worse.

What treatments are available?

There are several treatment choices for premature ejaculation: psychological therapy, behavioral therapy and medications. Be sure to discuss these treatments with your doctor and together decide which of the following options is best for you: 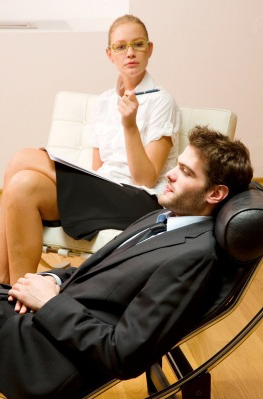 Behavioral therapy can play a key part in the usual treatment of premature ejaculation. Exercises are effective; however, they may not always provide a lasting solution to the problem. Also, they rely heavily on the cooperation of the partner, which in some cases, may be a problem.

With the squeeze method, an exercise developed by Masters and Johnson, the partner stimulates the man’s penis until he is close to ejaculation. At the point when he is about to ejaculate, the partner squeezes the penis hard enough to make him partially lose his erection. The goal of this technique is to teach the man to become aware of the sensations leading up to orgasm, and then begin to control and delay his orgasm on his own.

With the stop-start method, the partner stimulates the man’s penis until just before ejaculation. The partner should then stop all stimulation until the urge to ejaculate subsides. As the man regains control, he instructs the partner to begin stimulating his penis again. This procedure is repeated three times before allowing the man to ejaculate on the fourth time. The couple repeats this exercise three times a week, until the man has gained good control.

Although not approved by the U.S. Food and Drug Administration (FDA) for this purpose, drugs used for depression and anesthetic creams have been shown to delay ejaculation in men with premature ejaculation (PE).

Medications are a relatively new form of treatment for PE. Doctors first noticed that men and women who were taking drugs for the treatment of depression (antidepressants) also had delayed orgasms. Doctors then began to use these drugs “off-label” (this implies using a medication for a different illness than what it was originally manufactured for) to treat PE. These medications include antidepressants that affect serotonin such as fluoxetine, paroxetine, sertraline and clomipramine.

See your urologist for evaluation and treatment for the biological aspects of premature ejaculation. For further information on the psychosocial causes or to find a therapist: 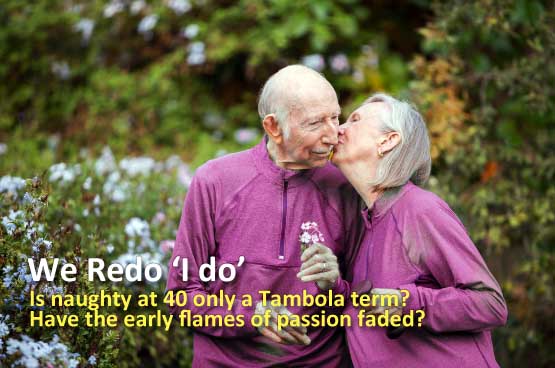 Is naughty at 40 only a Tambola term? Have the early flames of passion faded? Well, it’s time to reignite… 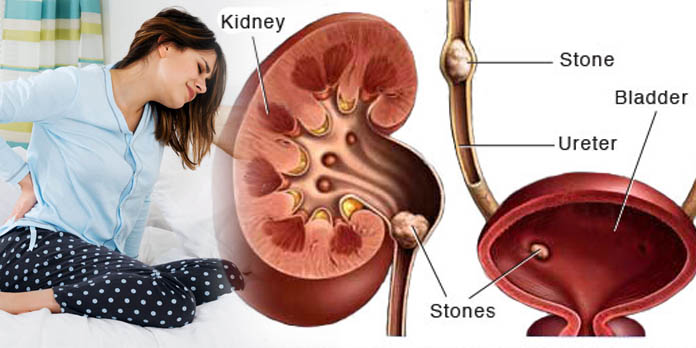 KIDNEY stones (calculi) are hardened mineral deposits that form in the kidney. They may be small or large, single or…